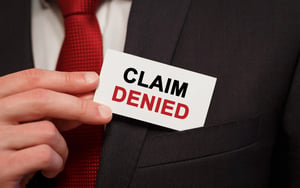 Following a recent webinar presentation on "Denials and Appeals: Expert Guidance to Improve Your ASC's Collections," Jho Outlaw, senior vice president of Revenue Cycle Services for SIS, and Jessica Nelson, director of Revenue Cycle Services for SIS, were asked five questions by participants. Here are those questions, along with Outlaw's and Nelson's responses, summarized for readability.

Q: We've requested a range of codes be preauthorized before a procedure and have been told "no." What can we do about this?

Payers know that if ASCs are allowed to take this approach, they are more likely to get paid, so payers will often push back against the request. Some payers will state that they are only going to preauthorize one code. But then the challenge facing ASCs is choosing which code to request for preauthorization when there's a good possibility that it won't be the code for the procedure that's actually performed.

The key is not to take "no" for an answer when requesting preauthorization for a range of codes. Frankly, it's not fair to only preauthorize one code. Fight back with the legitimate argument that there is no way to know in advance of every surgery exactly what surgery is going to be performed. If you can provide some education to your payer representative about how coding works, maybe this individual will have the authority to authorize multiple codes.

If this effort doesn't work and you're dealing with a payer that will not allow preauthorization of multiple codes, you might need to go back to the person tasked with managed care contract negotiation and ask them to make that a component of your contract.

If, after all your efforts, the answer from the payer is a firm no, then you need to fall back on your data. If you have a physician who plans one procedure that turns into another 70% of the time, schedule and receive preauthorization of the code for the procedure that's most likely to be performed. This way, you will only need to fight with the payer about denials for 30% of those codes rather than 70%.

Q: The payer verified eligibility but then denied us after the fact saying the patient was not eligible. How can they do that?

A: We're finding that this is occurring more as well. Payers are saying that in between the time verification of benefits occurs and the claim reaches the payer that the patient lost coverage. The rules about this can vary by state. The good news is that there are some federal and state courts that have ruled insurers must pay according to the verification provided at the time of service.

Take the time to look at your state rulings and cite those court documents when appealing. Concerning the verification process, make sure the individual(s) tasked with this responsibility at your ASC are properly performing the process and following up on the claims. Make sure you have good documentation that includes notes on who was spoken to at the insurance company, the reference number, and what it was exactly that you were verifying. This includes not only that coverage, but the benefit information as well as that could change from the time of verification to when that claim actually reaches the payer.

A: This is yet another common issue and payer practice intended to delay payment. One approach to consider: If the payer says it didn't receive the records the first time, send them by certified mail the second time and keep that documentation as proof.

If you try that and the payer still consistently says it isn't receiving the medical records, it's time to get more aggressive. If the payer is associated with an employer, you can get the patient and the employee's human resource office involved. After all, if a payer is consistently losing medical records, that's a big program as it means protected health information (PHI) is potentially lost somewhere.

It's all about escalating the issue and not giving up. Ask to speak with supervisors. Ask for the next level up. If the payer can't receive records by mail, find out how the payer can receive them. Can the payer receive a confidential electronic communication? Is there a secure fax you can send to?

Q: I'm new at my ASC and have never written an appeal letter. Are there examples or templates I can use?

A: There are some great forums where others in the ASC industry are sharing denials templates or forms they have used with their own payers. There are also appeal letter solution companies that have a repository of templates and citations that you're able to use. Go onto the internet and look for forums specific to surgery centers and search for sample appeal letters. Also, reach out to other people in the industry that you know and find out if they would be willing to share their documentation with you. If you don't know anyone in the industry yet, make plans to attend an ASC conference and network.

A: First, know that you're not alone. This happens to everyone working with payers. What's most important to combatting these efforts is ensuring you have very good documentation of who you spoke with in the benefits department. If you verified preauthorization electronically, do you have that information available and can you share it with the payer? As discussed earlier, this could be an issue concerning preauthorization of what was scheduled versus what was actually performed. You might be in a situation where you need to perform a retro-authorization.

If you have several examples from one payer concerning different codes and it seems to be a way to keep you from deserved reimbursement, then that's when you consider elevating the issue to your state insurance commissioner. It takes a lot of tenacity not to let this go, but it is a fight worth fighting.