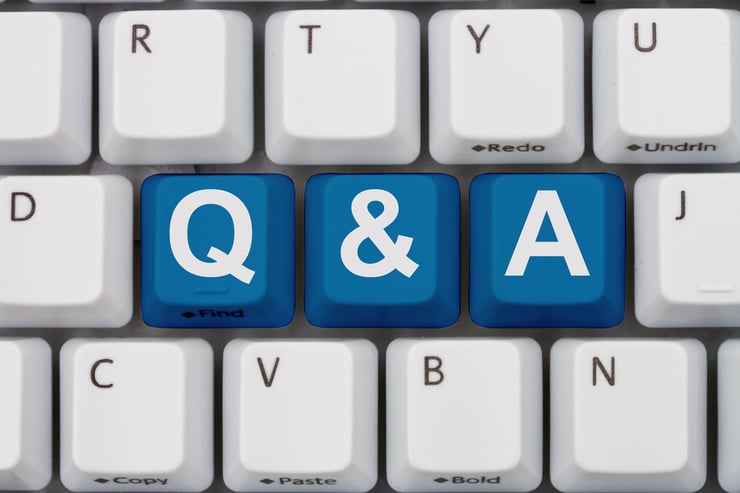 Following a recent webinar presentation, "When ASC Coding Goes Awry: What Goes Wrong and How to Fix It", Jho Outlaw, senior vice president of Revenue Cycle Services for SIS, and Jessica Nelson, director of Revenue Cycle Services for SIS, fielded questions from participants. Here are those questions, along with Outlaw's and Nelson's responses, summarized for readability.

Q: Can undercoding be considered fraud?

A: The short answer: Yes. Most of the time, undercoding is not intentional. But if you do a little bit of research, you can find situations where groups of bad people doing bad things tried to use undercoding to keep themselves off the radar. So, one way undercoding can lead to increased scrutiny is if there is a belief that the intention behind the undercoding is protecting oneself from such scrutiny.

Undercoding can also bring undesired attention when patients personally get involved because they find that their benefits were not applied correctly.

Finally, one other reason organizations may consider undercoding is to evade medical necessity denials.

Q: When a procedure is discontinued, and based on when you select a -73 or -74 modifier to append with your procedure code, will the facility be reimbursed for all or partial of the expected amount from the carrier?

A: Concerning discontinued procedures, there is sometimes the mentality that if it's discontinued, it's not billable. That is not always the case since you may be able to apply the -73 or -74 modifier.

Modifier -73, for use when a procedure is discontinued prior to the administration of anesthesia, is billable to a carrier. The patient must be in the OR or procedure room at the time the physician makes the decision not to continue. You will see a reduction on your expected allowed amount that is dependent upon the payer. For example, Medicare reduces the payment by 50%. You need to make sure that you have the documentation to support the use of the modifier as carriers will often ask for such documentation.

The -74 modifier is for use after anesthesia has been administered. In this case, you should receive your expected allowed amount. Again, documentation is very, very important here.

Q: For a bilateral procedure, how would I know if a payer wants a -50 modifier on one CPT or an -RT/-LT billed on 2 lines?

A: These modifiers are very important. Use them incorrectly and it could lead underpayment. The Centers for Medicare & Medicaid Services (CMS) will follow the -RT/-LT rule, but you may have a private payer that will state, "We want the -50 modifier with two units." The takeaway: Look at your contracts and billing manuals. There is typically a section on billing for bilateral procedures.

Q: If your biller gets a rejection that concerns coding, would it be best practice to send the rejection back to the coder or have the biller fix it if they believe they know how?

A: This is a common question — one that's probably been asked for at least the past 20 years. Billers with a lot of business office experience will sometimes know why a rejection occurred, such as if a modifier is missing. However, they are not coding experts and are not reviewing documentation.

That's why it is definitely best practice to send the rejection back to your certified coder. This not only helps avoid mistakes in coding and billing that the biller might make, but it also helps your coder learn about the mistake and hopefully avoid making it again.

Q: What would you suggest we do when we think or know there is upcoding going on and our boss doesn't want to hear about it?

A: Unfortunately, this happens. The just thing to do would be to tell your boss that you're uncomfortable with what is happening and that you want professional involvement — a third-party, expert opinion — to help determine what should and should not be occurring. If that is still unwelcome, consider saying something along the lines of, "I think this is so serious that it will lead to a whistleblower situation. It's not only me that knows about it, other people know about it, they also know that I've talked to you about it, so if you do not take this seriously, it could end up outside of our four walls."

As a last result, involve CMS. There is the opportunity for whistleblowing when you think something is really wrong. It's not a fun process, but it is an avenue to pursue when wrongdoing is occurring.

A: Unfortunately, there is no list of payers that would or would not accept the -50 modifier over using the -RT/-LT modifiers. We would recommend conducting a search online for your payers and information specific to bilateral procedural billing.

Q: Should the majority of ASC claims be billed out on a HCFA-1500 or UB-O4 form?

A: ASCs are required to bill on UBs for most insurance carriers. There are very few payers that will require HCFA. These include Medicare and some state workers' compensation carriers. Oftentimes, there are sections within your payer contracts that will specify the claim form type required, which may sneak in HCFA, so check out your contracts as well.

Q: Should an -SG modifier be included with all CPT codes on an ASC claim?

A: -SG modifiers are contingent upon carrier rules and are most often required when the payer specifies the claim form type as HCFA. In our experience, when the -SG modifier is required, it does need to be on all charge lines on the claim.