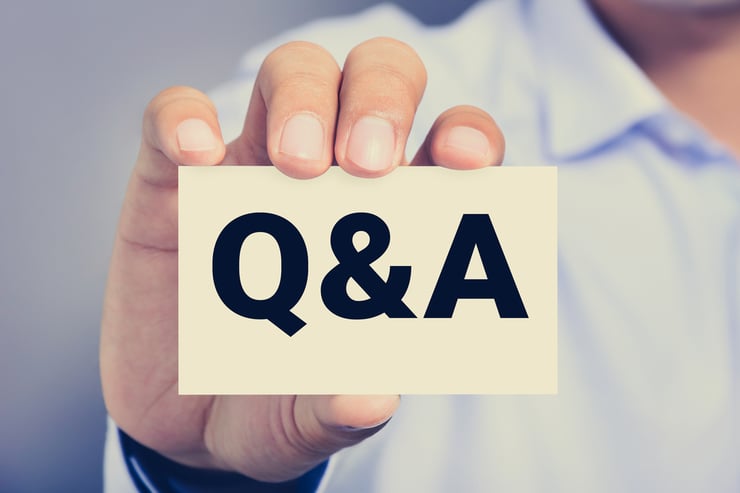 Q: The Medicare 2019 ASC Payment Final Rule was released in the final quarter of 2018. What are the key takeaways for Medicare-certified ASCs?

A: For the first time since the ASC payment system was aligned with the hospital outpatient department (HOPD) system in 2009, the Centers for Medicare & Medicaid Services (CMS) will use the hospital market basket (HMB) to update ASC payments instead of the Consumer Price Index for All Urban Consumers (CPI-U). CMS has long used the HMB to update HOPD payments but has defaulted to the CPI-U for ASCs, even though the payment systems are supposed to be aligned and the CPI-U is an inaccurate reflection of the increases in costs ASCs see year after year. CMS has finalized this change for a five-year period from calendar year (CY) 2019 through CY 2023 to evaluate whether this alignment of update factors reduces the Medicare program's expenses by leading to a migration of cases to ASCs and away from other costlier settings.

In addition, CMS has recognized that there could be codes that meet the definition of surgery but fall outside of the typical surgical range of codes (10000–69999). As part of this expanded look at what might be considered surgery, CMS chose to finalize several new cardiac catheterization codes.

All of these changes support patient access to ASCs, and ASCA is pleased to see CMS adopting these policies.

Q: The final rule seems like it was a home run for ASCs. To what do you attribute such successes?

A: The changes CMS made in the 2019 payment rule are the most sweeping changes since the HOPD and ASC payment systems were aligned in 2009. According to ASCA Chief Executive Officer Bill Prentice, "The credit for achieving these goals belongs to every ASC supporter who has helped ASCA advocate for these changes over so many years."

The change in the inflationary update factor, in particular, has been a main provision of the Ambulatory Surgical Center Quality and Access Act for years. By supporting this legislation, conducting facility tours for policymakers, visiting Congressional offices at home and in DC, and writing letters to CMS over the years, ASC advocates have made their voices heard. Policymakers are more aware of the role ASCs play in the U.S. healthcare system, the services we can provide to Medicare and its beneficiaries, and why it makes sense to implement policies that allow ASCs to thrive.

Q: Besides this final rule, what are some of the most significant ASC developments from 2018 and why are they noteworthy for the industry?

A: Last summer, the U.S. House of Representatives passed the Ambulatory Surgical Center Payment Transparency Act. This important legislation would add an ASC industry representative to CMS' Advisory Panel on Hospital Outpatient Payment, which helps determine payment policies for both HOPDs and ASCs. The bill would also require CMS to disclose the criteria it uses to exclude procedures from the ASC Medicare procedures list.

As ASCA CEO Bill Prentice stated, "Data show that ASCs deliver excellent patient outcomes at a lower cost than similar sites of service. This legislation will assure better communication between ASCs and government agencies that regulate us, leading to better decisions that will benefit Medicare beneficiaries requiring outpatient surgery."

Unfortunately, the ASC Payment Transparency Act did not pass the U.S. Senate and, thus, did not become law. House passage, however, marks the largest development for ASC-specific legislation over the last decade. There is plenty of positive momentum to build on in 2019.

In another important development, ASCs received a lot of attention during a September Senate hearing on healthcare costs. Ty Tippets, administrator for St. George Surgical Center (SGSC) in St. George, Utah, represented the ASC industry before the Senate Health, Education, Labor and Pensions (HELP) Committee. Since 2013, SGSC has provided up-front procedure pricing on its website, and along with many ASCs across the country, empowers patients with comprehensive price transparency. In his testimony, Mr. Tippets highlighted the exceptional quality and patient satisfaction rates offered by ASCs and called for uniformity in quality reporting across sites of service. He stated specifically that "if we are to truly empower patients to get the best value for their healthcare dollars, both price and quality data must be transparent, meaningful, and comparable across all settings where care is available." Mr. Tippets's testimony positioned ASC issues front-and-center on Capitol Hill. Senator Lamar Alexander (R-TN), who chairs the HELP Committee, has historically supported ASC issues in the Senate. ASCA is optimistic he and his Senate colleagues will give additional consideration to ASC issues and legislation this year.

Q: What other 2018 developments and accomplishments is ASCA most proud of?

A: For decades, ASCs have played an important role in delivering high-quality community care to veterans. In recent years, however, ASCs and other community care providers have experienced claims reimbursement delays of up to 12 months or more.

In early 2018, to help drive attention to this issue, ASCA endorsed the Veterans Deserve Better Act. This legislation would require the U.S. Department of Veterans Affairs (VA) to provide claims reimbursement within 30-45 days. And while the Veterans Deserve Better Act was not passed by itself, its language was included in a larger VA healthcare reform bill, the VA MISSION Act. As the VA MISSION Act is implemented through 2019, its expedited reimbursement process will be a big help to ASCs and the veterans they serve.

Q: Is ASCA seeing any trends concerning EMR adoption by ASCs? If so, to what do you attribute those trends?

A: ASC EHR penetration remains low, especially compared to similar sites of service for outpatient procedures. While physician offices and hospitals have EHR penetration well above 90%, and have for several years now, ASC penetration is likely below 50%. There is evidence, however, including data from Surgical Information Systems, that new centers are implementing EHRs at a much higher rate.

Certified EHR technology has become a commonly accepted prerequisite for participation in most value-based care models and innovative payment systems. While ASCs generally exist separately from such models thus far, they will likely need to integrate into larger continuums of care and, therefore, need to transfer patient health information electronically quickly and easily in the future. Because of this, and general anxiety over compliance with federal requirements on physicians, we have seen more ASCs inquiring about EHRs recently.

Q: What should ASCs be on the watch for throughout 2019?

A: CMS made sweeping changes to the ASC Quality Reporting (ASCQR) Program for 2019. ASCs should carefully review these changes to make sure they are complying. For instance, ASCs do not have to report any of the claims-based outcomes measures (ASC-1 through ASC-4) for 2019. In addition, ASCs do not need to report on ASC-8, the healthcare personnel influenza vaccination measure. ASCs do, however, need to report by May 15, 2019, all data collected on ASC-10 in 2018, even though that measure was removed from the ASCQR Program moving forward. In 2019, ASCs will also need to report on ASC-9, which remains in the program, through QualityNet.

In addition, in 2018, CMS released a proposed rule that would reduce regulatory burdens for many facility types, including ASCs. Changes were proposed that would help reduce some of the emergency preparedness requirements, hospital transfer agreement or admitting privilege requirements, and comprehensive medical history and physical assessment requirements. While there is no date by which CMS is required to release final rules on these proposals, ASCA anticipates that it may come out in 2019 and will keep facilities informed about any important developments in these areas that could impact them.