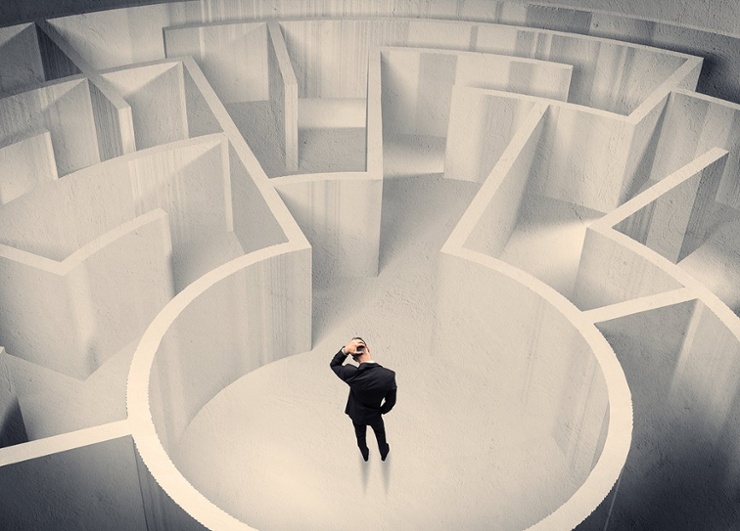 With ASCs typically only performing a few quality assurance and performance improvement (QAPI) studies each year, all must be worthwhile and deliver valuable insights into an ASC's operations. But achieving these objectives is easier said than done as there are several steps ASCs can take that will cause their QAPI studies to fail to deliver on their promise.

Here are six reasons why QAPI studies lose their direction.

1. Choosing topics with no upside

If an ASC is performing exceptionally in a specific area, that area likely does not require a study. For example, if a center scores 100% on hand washing surveillance for five straight years, a study will do nothing but further validate this high level of performance. Thus, it will likely provide no valuable insight that can lead to improvement since, after all, there's no performing better than a perfect score.

Some QAPI topics that were great years ago may not still be great today. Take a study about using straight-edge razors for surgical site hair removal. This was once a common topic for ASC QAPI studies. Now, most centers no longer use straight razors. Thus, there is no valid reason to study straight-edge razors. Yet, I have visited ASCs, while working as a surveyor, that were not using straight-edge razors but still decided to do a QAPI topic on them to complete an easy study. This is not only a waste of time, with similar shortcomings as the hand washing example cited above, but may also be flagged during a survey.

3. Believing monitoring is the same as performing a study

While monitoring clinical, financial, and operational performance is important for an ASC's success, monitoring is not equivalent to performing a QAPI study. This distinction is often confusing.

The main goal of monitoring certain activities within the surgery center, such as infection rates, hand washing surveillance, and hair removal techniques, is to identify trends. When one identifies something trending up or down, that may instigate a study. Unlike monitoring, a study needs a beginning, middle, and an end. It is important to distinguish between the two concepts.

As noted, studies need an end. However, it's not unusual to see ASCs with studies that go on for much longer than necessary. Every study should conclude in one of three ways: 1) the desired goal is reached; 2) the study determined that the area researched did not require improvement; or 3) improvements are no longer achievable, no matter what interventions one undertakes.

Essentially, once a study stops producing insights and results that may lead to improvements, that study has likely run its course. When there are issues that require re-studies — which is sometimes the case — these also need a beginning, middle, and end.

5. Not completing a worthwhile study

There are few reasons why an ASC may abandon a study. One is that a study proves more difficult than desired. This should not be considered an acceptable reason to step away. Completing impactful QAPI studies often requires hard work and dedication. In fact, some of the most valuable studies will be those that are quite challenging. Only pursuing easy study topics will likely lead to missed opportunities to make significant, positive changes.

Another reason is moving on from a study that fails to solve a problem. What is important to note is that a successful study does not need to yield improvements. A great example I encountered a few years ago concerning an ASC's front desk staff receiving patient complaints about sitting in the waiting room "too long" before their procedure. The person hearing many of these complaints sat on the ASC's quality improvement (QI) committee and flagged waiting room time as a worthwhile QAPI study topic.

The team assigned to this study went through the QAPI process, including reviewing available data resources to measure the time it took for patients walking in the door to complete registration and begin preparation for the procedure as well as the waiting time associated with individual specialties and physicians. When the team assessed all of this information, it was determined that the typical patient spent 10 minutes or fewer in the waiting room. The team took those results to the QI committee, medical executive committee, and governing board. All of those entities concluded that 10 minutes or fewer was an acceptable amount of time for patients to wait, so the ASC did not pursue implementing improvement measures.

To summarize, this QAPI team identified a potential problem, reviewed that problem as much as possible with the data resources available, and found that the problem wasn't actually a problem at all. Was that still a completed study? Yes, because it had a beginning, middle, and end. This is a study the ASC included as part of its QAPI program. While you would like most of your studies to provide avenues for improvement, do not dismiss the occasional study that does not.

While ASCs can certainly benefit from learning about and even emulating successful efforts by other centers, this approach can be problematic from a QAPI study perspective. It's not unusual to see ASC professionals discussing their QAPI studies on discussion boards. That's fine. But the problem comes when an ASC decides to essentially "copy and paste" a study performed by another center without any consideration of whether the study's topic applies to its operations.

The beginning of any QAPI study must be the identification of a potential problem. An ASC can identify a possible problem in many ways, including data analysis, surveys (patients, staff, physician), benchmarking, and day-to-day observations. A problem cannot typically be identified by learning that another ASC has a problem. If surveyors ask an ASC how it chose a particular topic for a QAPI study, the reason "another ASC has this problem" is unacceptable. Surveyors are only concerned with what is happening at your ASC.

On the other hand, there is no harm in learning what topics other ASCs are studying and then conducting research to determine if your ASC has a problem associated with one or more of those topics. If you learn that you have such a problem, now you have a great opportunity for a study.