Integration vs Interoperability: What’s the Difference? 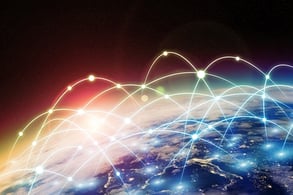 Every industry has a unique vocabulary, and healthcare is no exception. The problem: some of those sticky, often-used words take on a life of their own, are easily misunderstood, and can even end up misused to the point of meaninglessness.

These so-called “buzzwords” (and their actual meanings) may seem inconsequential on the surface, but if we are going to effectively communicate and address challenges in an industry as complex as healthcare, it’s important that we all clearly understand the terms we’re fighting for—and against.To this end, I want to help define one of the biggest buzzwords in healthcare today: interoperability. It’s one I’ve found that people often use without knowing what it really means.

People use the words integration and interoperability interchangeably, but there’s actually a pretty big difference between the two. Integration refers to connecting applications so that data from one system can be accessed by the other one. But integration involves a third party—in software terms, middleware—that translates the data and makes it “work” for the receiving system. It’s not a direct path for information to get from point A to point B in this scenario.

Interoperability is real-time data exchange between systems without middleware.

When systems are interoperable, they have the ability to not only share information, but to interpret incoming data and present it as it was received, preserving its original context.

In layman’s terms: interoperable systems speak the same language. On the other hand, integration is more like having a conversation through an interpreter. (Like going to Canada not knowing how to speak French, and needing two Germans to help you communicate: one who speaks English and one who speaks French.) With interoperability, everybody speaks English (or German or French, or whatever the agreed-upon language is…). The point is that the systems can actually talk to each other with no added complexity or delay.

But this is about more than semantics.

Currently, most data exchange in our industry is the result of integration, but achieving interoperability is vital to healthcare operations in the future. Why? The immediate access to information that interoperability makes possible allows for both a complete view of the patient (necessary to provide the highest quality care), and the ability to be agile when it comes to complying with requests and reporting requirements. And these data-driven activities are key to success in the value-based world.

This level of information access is particularly important for ambulatory surgery centers (ASCs), as they are entities outside of the large hospitals (which typically have their own, closed data systems). In an interoperable world, all stakeholders in the continuum of care will be able to easily access and use the data within other systems, making up-to-date—even up-to-the-minute—information retrieval possible.

The change to true interoperability won’t be an evolution—it’ll be a revolution that requires a large amount of future-focused thinking. Fortunately, the ONC (Office of the National Coordinator for Health Information Technology within the U.S. Department of Health) is leading the way with guidelines, but the onus is on providers as well—to partner with vendors that support the ONC’s universal standards. At SourceMed, we work to be ahead of the curve, aligning our current solutions with the national interoperability requirements, and also making sure that our future offerings will fit into the standards.

In this way, the future of interoperability is in our hands—and yours. And that’s a sentiment that needs no translation.

Problems With Payers: 5 Tips to Help Overcome Barriers to Payment